I’m sure some of you have heard of Brandy Melville. It really popped off around 2013 and honestly I’m surprised it’s still around. I found it in the Bondi Junction Westfield on the weekend and I thought it was such a throwback.

Brandy Melville is essentially a clothing brand that targeted a ‘tumblr aesthetic’. The Brandy Melville girl is cool, always in style and probably drinks Starbucks and listens to a lot of indie music. Basically she was someone you wanted to aspire to be. The brand was hugely problematic in the day and still is because of its ‘one size fits all’ sizing. This is problematic for many reasons.

I don’t want to hate on the brand too much but I wanted to share some insightful reasons why I have disliked Brandy Melville and similar clothing brands. This isn’t a target towards Brandy Melville in particular but rather a summation of passionate thoughts in my consciousness about fashion that I have thought about for a while.

If you’re not interested, you can stroll to the end to see my haul and review. However, I do think it’s important that we become more conscious consumers.

my issues with brandy melville and non-inclusive fashion

Lack of representation from POC and curvier women for staff

As I was shopping in Brandy Melville, it was clear as day that everyone working there was skinny, white and young (I swear to god they looked like literally teenagers). This isn’t a dig at the staff but merely an observation. They were actually really nice but it is clear on how the brand wants to be represented.

For me that’s really problematic. I worked at H&M in retail and whilst there are issues I have with that brand, I can say with confidence that they are very good at ensuring diversity and inclusivity is paramount when hiring staff. I worked with people from different ethnicities, ages, sexualities and most importantly for this context, sizes.

Lack of representation from POC and curvier women for customers and is only one look/size beautiful?

Also, it leaves the impression that only one look is desirable and hence catered to and for Brandy Melville, it’s clear that their clothes are for the skinny white girl. I mention this in my next point but it leaves impressionable young girls questioning their body types and wondering if they’re good enough because exclusivity makes people want things even more. It’s like joining an exclusive club. You want to be in it even if you don’t know what it is- it’s exclusive right? Meaning that people couldn’t get it but you could. So congrats?

Clap for you I guess. (sarcasm).

note: may be triggering – I will be mentioning eating disorders

Brandy Melville, in particular, has always had a niche with young teens and adults.

This is taken from an official Brandy Melville instagram. Notice how every girl on their feed is skinny and white?

She’s thin, she’s laidback. She listens to indie music, loves a iced Starbucks latte and her boyfriend is either a musician or a surfer lmao. I understand that this is an aesthetic that Brandy Melville is catering to but young teens are also the most impressionable and it is really dangerous to have these young girls think that skinny is cool and chic.

Body image issues can cause eating disorders such as anorexia and has been heavily on the rise in recent years.

Almost 50% of teen girls living in Australia and New Zealand have tried losing weight and practised extreme weight loss behaviours. Some of which include fasting, self-induced vomiting and smoking.

More than 75% of Australian and New Zealand teen girls have felt fat or have expressed desire to lose weight.

This was me too. I was a regular 15 year old 130 pound girl feeling inadequate in terms of my body with negative influences especially from my peers (who were often slimmer) and advertising and marketing even from brands such as Brandy Melville.

Companies profit off the notion that we don’t feel adequate. Our pursuit for happiness mainly comes from external factors (think your body, materialistic items you possess) because they relate to your identity and esteem. I recently wrote a post that delved more into this. Don’t fall into this trap because you’re worth so much more. And definitely more than Brandy Melville clothing.

The ‘one size fits all’ added with the aspirational aesthetic and ‘goals’ that Brandy Melville and their ambassadors have can lead to young girls intentionally restricting their diet and having negative body image in an effort to fit into their clothes when they absolutely don’t need to change their weight and who they are.

You are worth so much more.

I’ve noticed in recent years that designer fashion is massively on the rise. In particular, I’m talking about those flashy designer pieces – think Gucci, Louis Vuitton, Balenciaga and Off-White.

These are all exclusive and luxury brands that are fashionable and trendy and flaunt wealth. Chucking a few expensive items here and there and having the most expensive outfit possible. Whilst I find this sad, it also limits fashion to the very wealthy. For me, this is problematic.

Poorer people still aspire to wear these brands as a status symbol but people shouldn’t chose to struggle to make ends meet for a fucking Supreme hoodie. It’s so messed up. The reason why poorer people still aspire to have designer items such as Louis Vuitton and Supreme is because it gives the illusion you’re not poor. Identity and status means a lot in a materialistic world.

Another trend I’m noticing is vintage is in. Unfortunately, people and companies are profiting this and making it really expensive. Thrifting shouldn’t be expensive. It loses the essence of what thrifting means. Again, it is something that wealthier people have decided is fashionable and they can afford it. In doing so, this puts poorer people off limits to what constitutes as ‘fashion’.

Going back to Brandy Melville, Brandy Melville is a brand well known for its basics. However, these basics are really expensive comparative to other stores which again agrees with my hypothesis that what is in fashion is dominated by the rich and how the majority of its customers come from thin, white, straight women.

I have to say their clothes are cute and whilst expensive, not outrageously expensive. However, the Brandy Melville at Bondi Junction is opposite a Glassons. I know exactly which store I would prefer.

Simple basics were around $30 with cardigans around $40-$60. I also happened to wear my Tame Impala tote so this definitely brings me back to Clarissa circa 2013. Love to see it.

Also not even an affiliate link but this tote is actually brilliant. Especially if you’re a Tame Impala fan. It’s really sturdy and thick which I love because some totes (such as Brandy Melville’s) are so thin and crap. It’s only $20 and honestly worth every penny. It’s my everyday tote I bring when I’m just doing errands or going shopping.

Some tops, which I won’t show for obvious reasons, did not fit AT ALL. It didn’t even go over my boobs. This floral green top came in multiple colours and it was really cute but this definitely did NOT fit me. The white collared cardigan fit a bit better but the buttons were still stretching out so they were both a no from me. So far 0 out of 4 tops. Not going so well here.

The saving grace was this green cardigan which I have actually been looking for a while. I’ve seen it on Shein but their sizing is off and it’s problematic as well. The cardigan fit really nice and would look really cute with a tennis skirt on. I bought this and I’m really happy with it. For $50, not cheap but not that expensive.

Their clothes are nice, I will give them that. But it’s not a one size fits all situation. The more outerwear pieces (e.g. cardigans) fit a bit better than the tops. Not even going to try any skirts and pants. The jeans wouldn’t go past my knees and the skirts will expose my whole bum and I don’t want that.

Purchase if you will. I think the quality is alright and they have really cute basic pieces but I don’t like the one size fits all. I also don’t like how it pretty much exclusively caters to teens. It is a niche and it works I guess.]

I also realised as I’m writing this is that Brandy Melville isn’t American. It’s actually Italian. I would have never known because they really push that Californian girl aesthetic. This further proves my case about Brandy Melville being ‘aesthetic fashion’ and not genuine at all, merely copying trends. The stuff you see on Brandy Melville is all over Pinterest and Instagram.

I’ll leave you with this. When I first saw this, I was so weirded out. Milano is Italian so why is there an England flag? Purely aesthetically pleasing and not genuine at all. This made me eyeroll.

haha what are your thoughts on Brandy Melville? I’ll love to know in the comments.

Sorry this was so ranty and negative. Despite that, they still took my coin. I guess 15 year old me finally felt cool and got something Brandy Melville lmao. 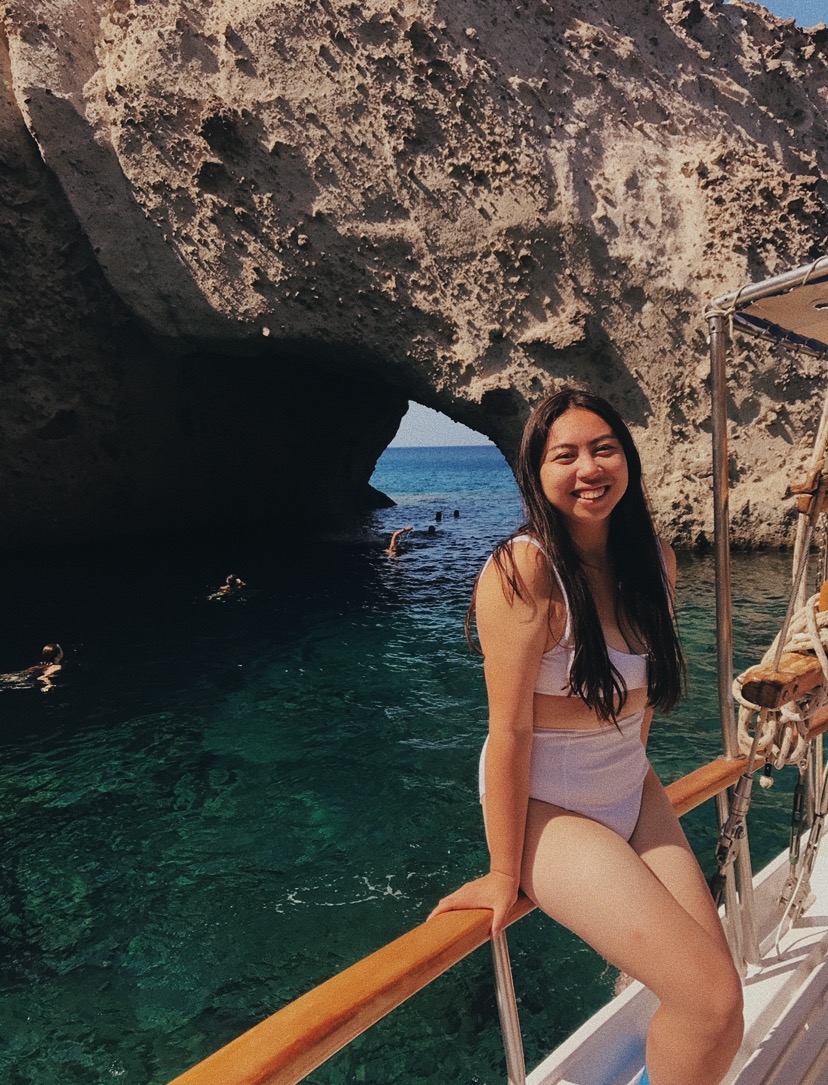 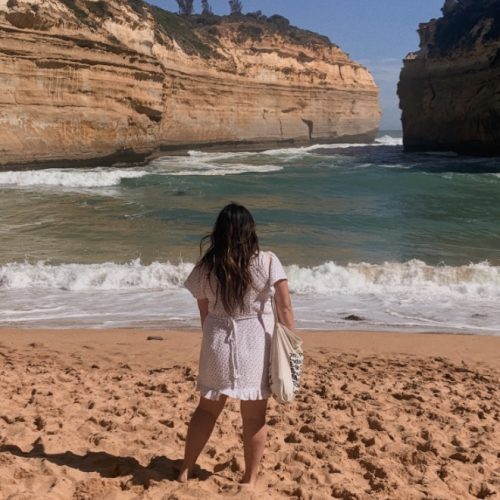 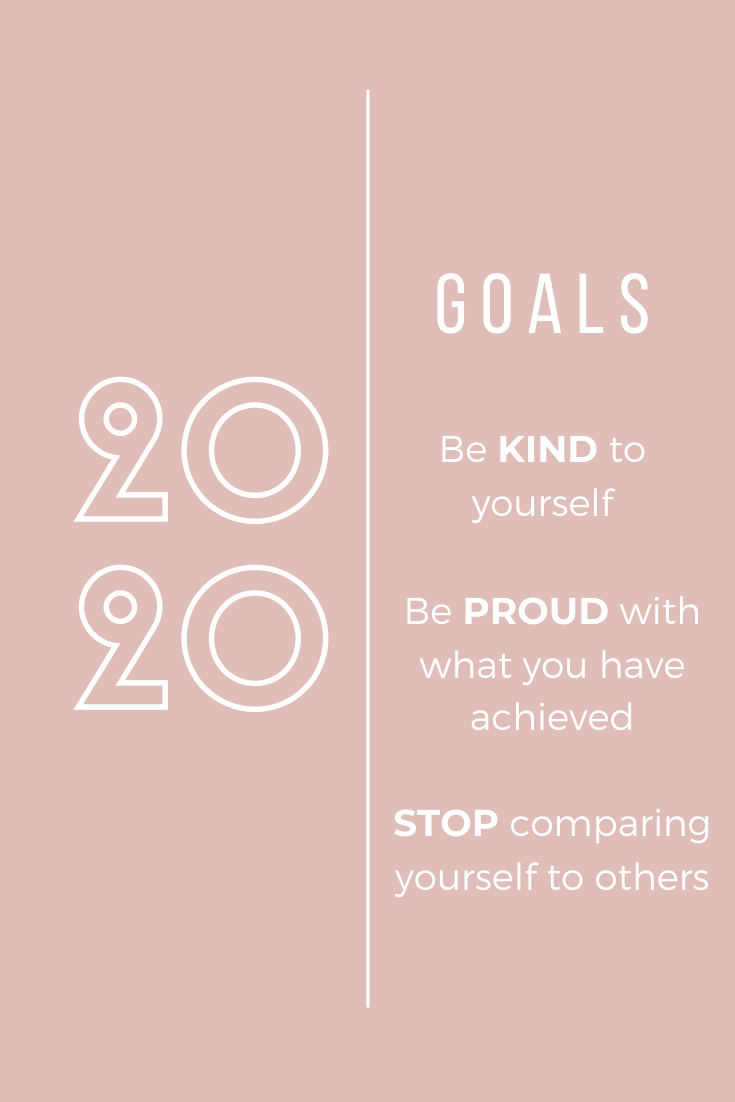